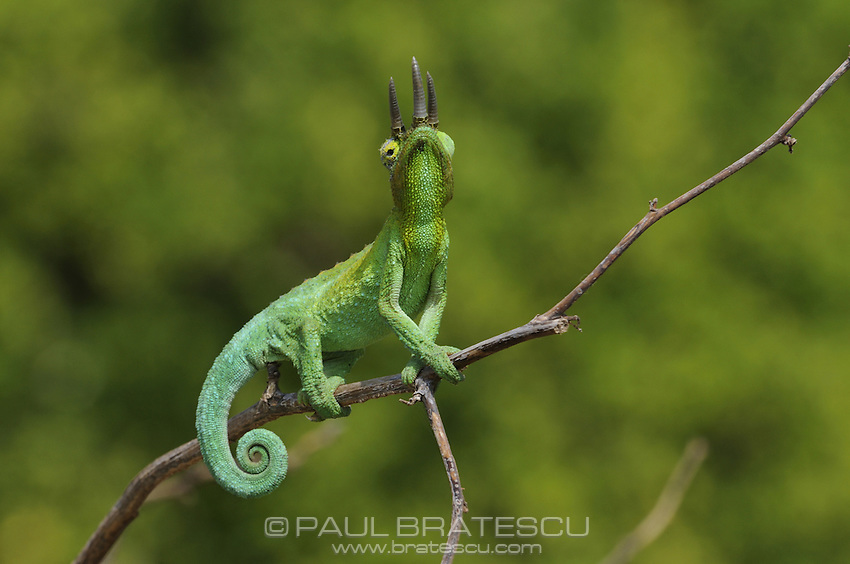 Jackson Chameleon (Chamaeleo jacksonii) Originally from east Africa, Jackson Chameleons now grow wild in Hawaii. In 1972 several were introduced into the wild and the climate very much agreed with them. They now infest at least five islands and are considered a threat to native insects.